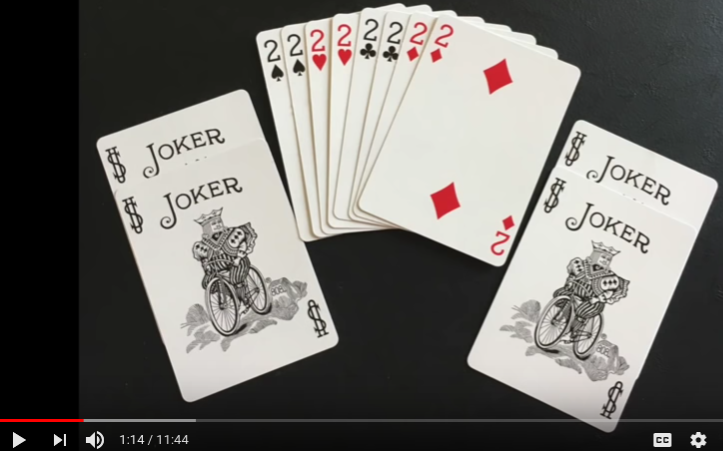 Missing Canasta?? Learn to play with two people instead of four:

Many people have learned to play Canasta at the J and there are many couples who play regularly and are missing playing with a foursome. Bev Nadler recently learned how to play with two people rather than four and wanted to share the basics with those who have someone in their home to play with.

The same basic rules apply with a few exceptions. You still use 2 decks of cards but rather than dealing 13 cards, each person is dealt 15 cards. At your turn, each person picks 2 cards rather than 1. If you pick a 3 on your turn, as always, you would pick an additional card. Each person plays on his/her own and builds their own canastas. When you get to the bottom of the pile and you reach the turn card, go back to picking 1 card at each turn until you have depleted the pile. Again, all of the same rules apply re: scoring, etc.

Enjoy…it’s a great way to pass the time!!

Here is how to play traditional canasta…

Share in a virtual celebration of Hanukkah, including the lighting of the largest outdoor…