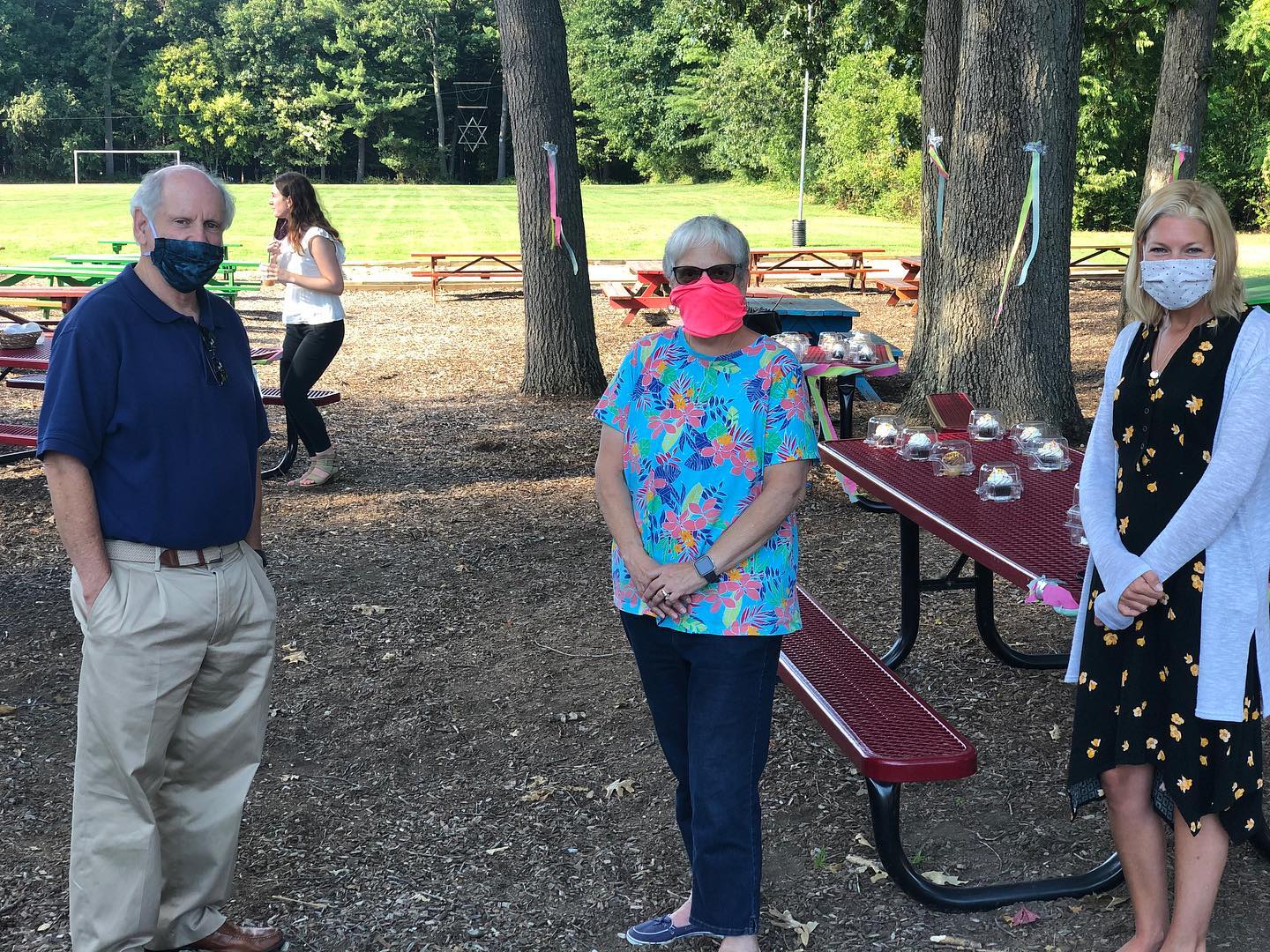 Deb Cohen began her career at the Springfield Jewish Community Center in 1984. Her first two years were spent teaching toddlers as well as the Mommy and Me program. The next couple of years, she transitioned to teaching every day. From 1989-1991, Deb went on hiatus to obtain a Masters Degree in Early Childhood Administration. “In August 1991, I came back ‘home’ to the J as the Assistant Director of the Early Childhood Center. I became Director in August 2008 and have sat in that chair ever since,” says Cohen. During her tenure, Cohen received awards from JCC Association as well as the Harold Grinspoon Foundation, but the most rewarding recognition came directly from former students. “I am often stopped around town by young people who call out to me: ‘Miss Deb, I remember you from the J!’ They tell me about their lives and reminisce about all the fun they had at the J. Those are the walking and talking awards that are most important to me.”

“Deb is one of the most caring souls I know,” says Michael Paysnick, Chief Executive Officer of the Springfield JCC. “She’s a gifted educator and a wonderful partner in building a preschool of excellence. Deb has been a mentor to so many young teachers and an important member of the Springfield JCC staff family. She can always be counted on for her creativity, sense of humor, and sensibility.”

The Early Learning Center program and facility expanded several times during Cohen’s tenure. Beginning with toddler daycare, Cohen recalls running the toddler class, along with then-Director Carlin Trietsch, in the Adult Lounge while expansion was being constructed. “Oy vey, what craziness that was!” The next expansion, which is Cohen’s crowning glory, was the opening of an infant room. “This was an amazing experience as parents, staff and the J community participated to make this happen. What we quickly learned is that infants become toddlers in the blink of an eye.” That brought about the third expansion – another toddler room, which required taking over space from the general J facility.

Cohen herself became a community resource, writing “Ask Deb” columns for a local newspaper and for the J’s website, as well as in-house video interviews about various parenting topics. “I wanted to be a resource to families, especially those who did not have the wisdom of grandparents.”

Just as parents and children learned from Cohen, she also learned from them. “Children are brilliant, like the little girl who was eating grapes by taking a small bite of each one and placing the other halves back into the baggie. When I asked what she was doing, she looked at me with a puzzled expression and answered, ‘Mom told me to eat half and save the rest for snack.’ She taught me to never question your mom, and listen to what children have to say.” The most important lesson Cohen learned from children is to let friends know when we are angry. “I often heard, ‘You can’t come to my birthday party,’ but children don’t mean it. They quickly become friends again before snack time.” Cohen is ending her career in an unimaginable moment in history. “Change is hard,” says Cohen. “But we need to remember to love each other – to look to children for guidance. The children know to breathe deeply, love friends and family, and that playing in the mud is good for the soul.”

As Cohen shifts from early childhood administrative activities to the leisure of retirement, she looks forward to activities that are meaningful. “I want to go to the library and smell the smell of old books. I want to spend time with my husband Jeff, play miniature golf, and enjoying an A & W Root Beer like we did while dating. I want to spend time with my 92-year-old mom, my children and their children. Most importantly, I want to reintroduce myself to me.”

All those years at the Springfield JCC has been quite a journey for Deb Cohen. But you will continue to see her as she enjoys swimming in the J’s pool, taking adult classes, and reading to the children as a visiting Gramma in the Early Learning Center.

Outdoor Recreation at Your J

Mother nature has called and we have answered!  Spring has sprung at the J, and…

Deepen your connection to the Springfield JCC community through the Havurah Initiative, which is designed to…

How the Early Learning Center handled a pandemic

When Governor Baker closed all early childhood programs across the state in March, our dedicated…