Commandment 613 – Watch it at Home

Torah scrolls are written by hand, following rules that go back thousands of years. Made to last for centuries, they are central to Jewish ritual; what is contained in them – the first five books of the Hebrew Bible – is the foundation of Jewish life. The final commandment in the Torah, number 613, is to write the scroll for yourself.

In this short documentary, we meet Rabbi Kevin Hale of Northampton, a joyful sofer (Torah scribe) who restores scrolls that were saved in Czechoslovakia during the Shoah. As he goes about his sacred craft, this son of refugees from Nazi Germany reflects on his own path to a life of faith and practice. And, at communities now entrusted with the scrolls, congregants and clergy explain the powerful bond they feel with these precious objects – and with the generations that previously cherished them. 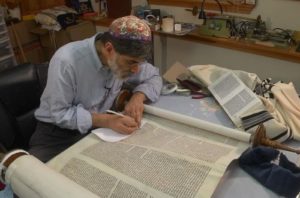 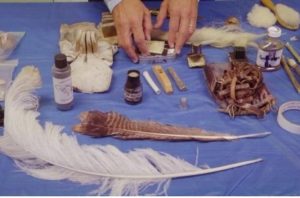