Crescendo – Watch it at Home

A renowned conductor assembles an orchestra of Israeli and Palestinian youth, only to be drawn into a tempest of distrust and discord. For personal reasons, maestro Eduardo Sporck (veteran actor Peter Simonischek) agrees to arrange a symbolic concert for a Middle East peace summit in Italy. But corralling the young artists – sworn enemies from the Arab-Israeli divide – is easier said than done. As auditions begin in Tel Aviv, conflict between the factions flares up almost instantly. It takes all the conductor’s skills to get his musicians in harmony, building to a tense, emotional finale. 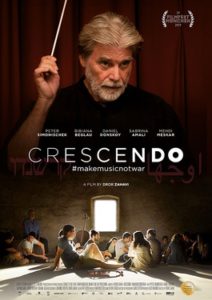